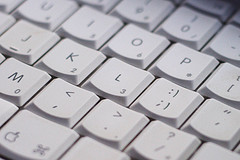 I started my blog on March 19, 2007. Seems like forever ago. And today I posted my 202nd post on Sabrina’s Money Matters. I will be the first to tell you – I was shocked to find out what blogging was really like. It looks so easy! And maybe for some people it is easy – but it’s not for me and I’m not about to lie about it. To be brutally honest when I started blogging I didn’t have high expectations for myself. I thought, hey I’ll try it and with a $20 initial investment I thought, I’ve probably wasted more than that knowing there would be no return at all. So I took the plunge.

I don’t know about you but typically I’m into calculated risks and I don’t tend to spend time on possibilities, but writing for my blog is something I find fulfilling, and that ladies and gentleman is something I really had not expected. Sure I knew I’d be writing for any and all people who came by and flipped through a post or two – but I really didn’t think I’d get the kind of feedback I’ve gotten, much less making it to post 202!

I’ve put a lot of time into my blog and it seems like so little, but here I am seven months later and still blogging. It’s odd really, I’ve only committed to anything willingly very few times.

Early on in the days of my blog I really caught a lot of grief and amused looks when I talked about it, so much that I don’t really talk about blogging with anyone I see and interact with face to face, to them it’s a different world they don’t understand so they react in two ways – they laugh and think it’s cute or they think I’m wasting my time.

The first thing I did was to buy the domain, now they say it’s a mistake to have your name in the domain, but I figured I wasn’t doing this so that I could turn the site over and make a buck, so who cares right? Throw caution to the wind!

Not so fast. Now I realize that had I put a little more time into that thought process I might have more traffic today, but all that aside, I don’t want to appear greedy, I love my four readers and the fact they read what I write, I feel successful already – and it’s only just beginning, I have lots more ideas where the first 202 came from, lol. Thankfully Steve encouraged me to just do it so I felt a little steam behind me….which was just my subconscious over inflated ego (yes it can be subconscious and over inflated at the same time) saying, “Hey maybe someone will read it?” Maybe, indeed.

It took me about a week to come up with the direction to take, really the kind of money matters I wanted to talk about and who I was talking to – but I did it finally and I haven’t looked back, now those early posts just get spam all the time, ha!

Sometimes I have a hard time thinking up content, but then I decide to do something else, like housework and something will come to me, I’ll write it down and finish my chores – and have an idea saved for later.

I emailed John Chow during my early days in blogging and asked him 3 questions. He said and I quote:

2. Do you make the bulk of your money online, or with real estate/other investments?

3. If you had 3 suggestions for my website, what would they be?

Might I say, these were all things Steve had already said, so I figured it must be good advice! So that’s what I’ve been doing, the two hours I spend doesn’t include research but I try to adhere to these objectives overall. 😀

I try to keep it light and easy, for the most part. I like to be a little ahead of the curve on some of the scams I recognize out there so that I can keep people from being scammed. I may recognize it, but it’s probably because I’ve been scammed.

I’ve had lots of ideas, lots that I’ve not written because it didn’t end up fitting in my niche, or it was such a loose fit, I didn’t want to post it. I had a contest – perhaps a little too early but other friendly bloggers helped me spread the word and I got it done pretty quickly and that was great. I would advise you to be picky about your blog if it’s a serious one, be picky about what you post – anyone across the world will see it, so be careful not to be careless unless you really don’t care and then it doesn’t matter. Set standards for yourself and stick to them, re-evaluate them in six months and see if they still fit your ideal of your blog and if they don’t, set different ones.

I think the most important thing to blogging and you deciding to do it, is for you to write about something that interests you. You’ll see that on every blog about blogging, but it’s necessary to go from being a noob to a halfway blogger like me without losing steam.

This post was guest-blogged by Sabrina of Sabrina’s Money Matters.